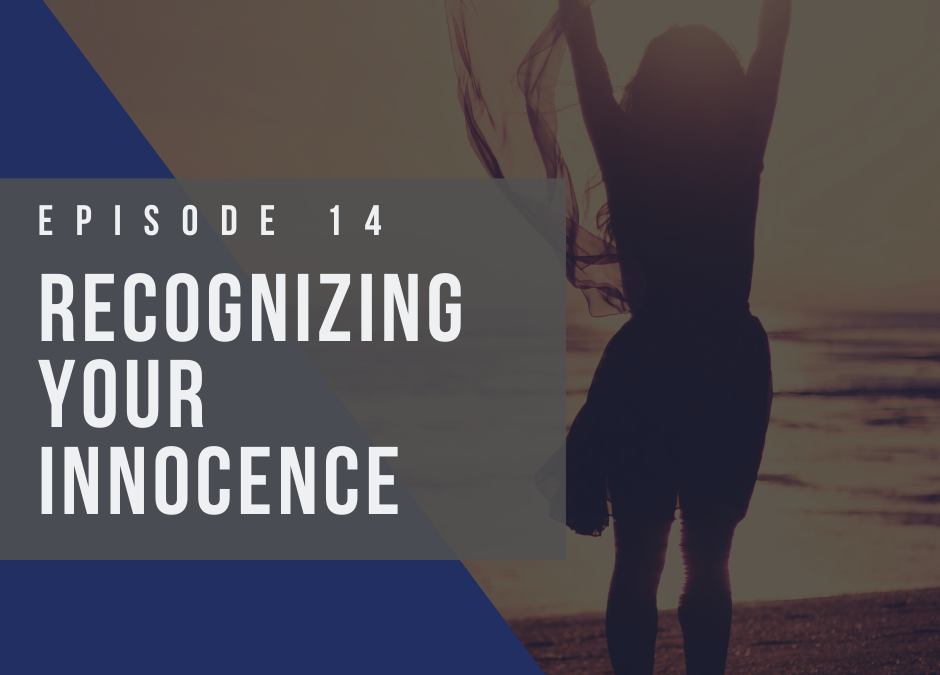 Today the topic that I want to talk to you about recognizing your innocence. One of my favorite quotes in life, it’s in the Bible when Jesus is walking towards the cross and speaks to God and says, ‘forgive them Father, for they know not what they do.’ And why is that so important for me? It’s because I really realized that people are mean or hurtful, or if they do something, it’s not because they really want to hurt you…it’s because they don’t know what they do. They have no clue of who they are. If they knew who they are, they wouldn’t do what they do… because they would know that you are a part of them and therefore, they wouldn’t want to hurt you, because hurting you is hurting themselves.

You’ve certainly been hurt at some point in your life. And maybe even you thought that the person did it on purpose, but I really don’t think so. I even think that if someone hurts you on purpose they do it because they’ve been hurt themselves.

I remember having a boyfriend at some point in my life, about 15 years ago, who could sometimes be violent in his words. And when we would speak about it, and I would say that it’s not okay for me to be spoken to like that. He would actually have the courage to see what’s true for him and he would say, ‘I only speak to you like that, because I’ve been hurt before. That you told me something that hurt me. And I become like an enraged dog, and I just want to bite.’ And I really understood that he didn’t mean to be hurtful. He was just hurt. And he didn’t know how else to say it. Because he never had the space before to speak about his hurt.

How many of us when we were little, we would be hurt by our parents…they would say something or we would find it unfair or we would not understand why they scream at us or something, anything that could have happened…and we would take it personally and we would think there’s something wrong with us? And they would tell us well if you cry, or if you shout or if you are angry, just go to your room and you can come back when you are done. Well, this told us that actually we don’t have the space to have an emotion. We don’t have the space or permission to see what we are thinking and feeling. We don’t have the space to actually be angry or sad. And with that, we learn to shut ourselves off. We learn to not express our emotions, not even allow ourselves to feel them. We shut ourselves off and repress them. And sometimes they become symptoms in the body, sickness in the body, because we’ve been taught so much to not pay attention to it.

What have we learned that we just need to put them aside and do as if they were not there. It’s not okay to be angry or sad or to have an emotion. So, what we do is that we stuff it down. Then later in life we may do something that we didn’t want to do, we might say something that we didn’t want to say, then we might even regret it or feel guilty or blame ourselves for it – but we just did it because we didn’t know how else to do. We didn’t know how else to be. And we didn’t know who we truly are.

So I want to do this show today about recognizing your innocence…or anyone’s innocence. Because nothing could have ever been different than what it is. If you didn’t listen to my previous episode about what if everything that has happened in your life was meant to be? You might not be aware that nothing can ever be different. But that’s again what I want you to know today.

I want you to know that none of your experiences, whether you’ve been the one doing or saying something, or someone told you something or did something to you, none of it could not have happened. It was meant to be there. And no one could have been different or done things differently, not even you. So, when you accept your innocence, it means that you accept that you were exactly the way you were because of your past conditioning, because of the circumstance you were in. Because of the precise situation you were living in, because of the person that was there. And because you were who you were at that moment, you couldn’t have done anything differently.

Recognizing your innocence would mean that you would not keep repeating what you’ve been in the past, and what you’ve done.

Recognizing your innocence is freeing yourself from guilt and shame and blame and allowing yourself, to be loved – and to love yourself.

So please, I really encourage you to see that you couldn’t have done anything differently and to stop your thoughts that are keeping you in a loop of guilt.

Stop paying attention to them. “If only I would have done things differently…”

Trust me, I’ve been there. I know the pain that you can go through when you’ve done something or when something happened that you would have preferred not to happen. But it is only keeping you in suffering, in pain. And this is not necessary.

You can free yourself from that suffering today by recognizing your innocence. Because reality is, you couldn’t have done anything differently. And if you keep thinking about that today, it’s only keeping you living in the past and preventing you from living happy today.

Recognizing your innocence is actually releasing you from guilt, regrets and opening you up to present joy, present happiness, and living in this moment and you as the person that you became. Because you now understand what you didn’t like, and you now have been looking at how you would have liked to react instead of the way you did. And you can learn from that moment, but not blame yourself forever for that moment. Learning from it will actually make you grow. Keeping you trapped in regrets and blame will actually kill you.

Recognizing your innocence is actually freeing you to be the one that you became and learn from that experience. Take that lesson, and you will never make that mistake again. Keep yourself trapped in the suffering and guilt and shame, and you will repeat it over and over again.

So what do you choose? Can you recognize and accept that you are innocent? No matter what you did, you’re still innocent. Can you look at yourself with the eyes of unconditional love? And can you love yourself…so that you can be the amazing individual that you are?

And your present can be your innocence and your awesomeness.
Take the lesson and leave the guilt and blame.

I love you, and I’m fully with you in this. I hold the flame of innocence right in front of you. So that when you are ready, you can grab it…and make it yours…and make it alive within your heart. 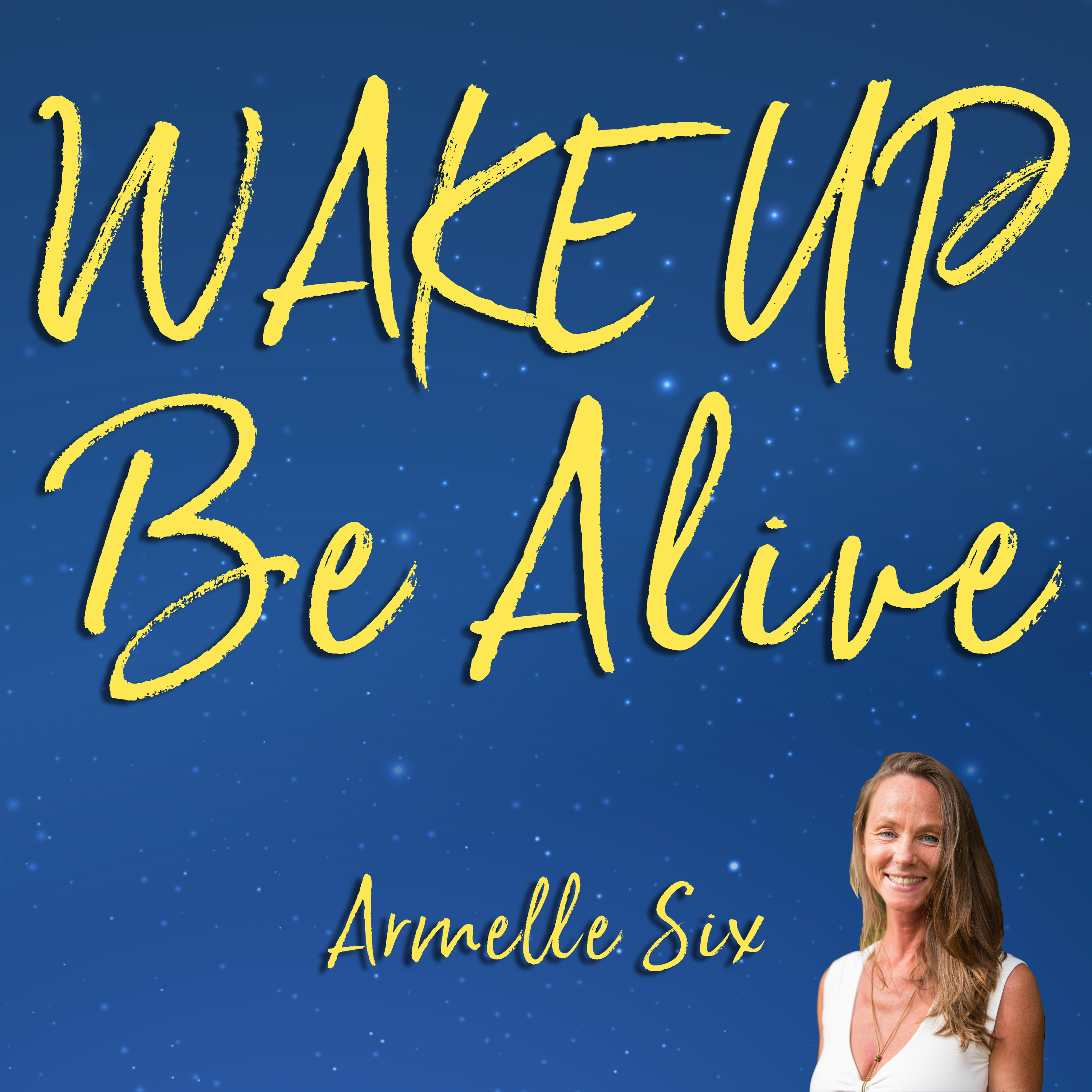